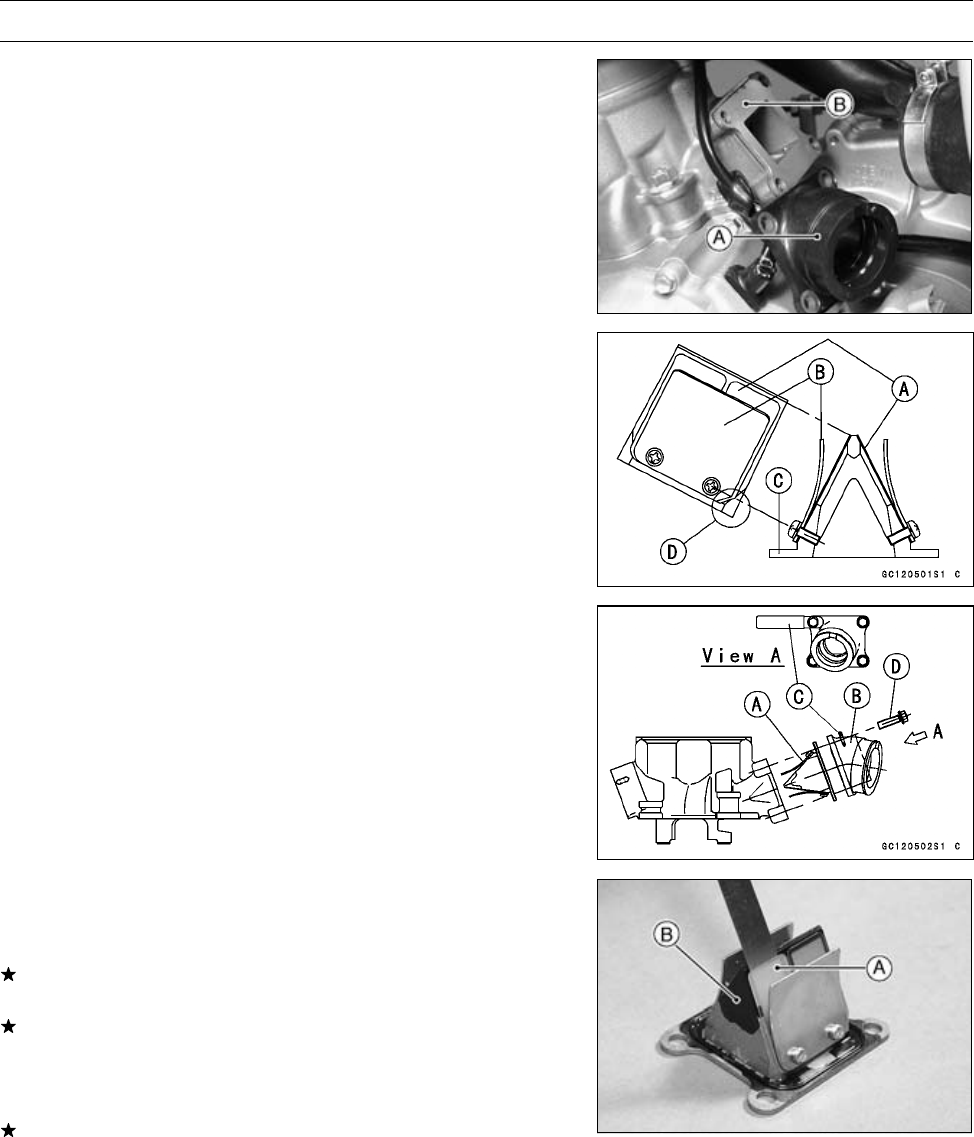 FUEL SYSTEM 2-19
Reed Valve
Reed Valve Removal
•
Remove the carburetor holder mounting bolts and carbu-
retor holder [A].
•
Remove the reed valve [B] out of the cylinder.
Reed Valve Installation
•
When the reed or stop are replaced, install the reed [A]
and stop [B] onto the reed valve holder [C], aligning the
chamfered corner [D] of the reed with that of the reed stop.
Torque - Read Valve Screws: 9.8 N·m (1 kgf·m, 87 in·lb)
•
Install the reed valve [A] and carburetor holder [B].
○
Be sure the clamp [C] is in horizontal and torque the car-
buretor holder mounting bolts [D].
Torque - Carburetor Holder Mounting Bolts: 8.8 N·m (0.90
kgf·m, 78 in·lb)
Reed Valve Inspectio n
•
Inspect the reeds for c racks, folds, or other visible dam-
age.
If there is any doubt as to the condition of a reed, replace
the reed valve part with a new one.
If a reed becomes wavy, replace the valve part with a new
one even if its warp is less than the service limit.
•
Measure the clearance between the reed [A] and holder
[B], and check the reed warp as shown.
If any one of the clearance measurements exceeds the
service limit, replace the valve part with a new one.
Reed Warp
Service L imit:
0.5 mm
previous next