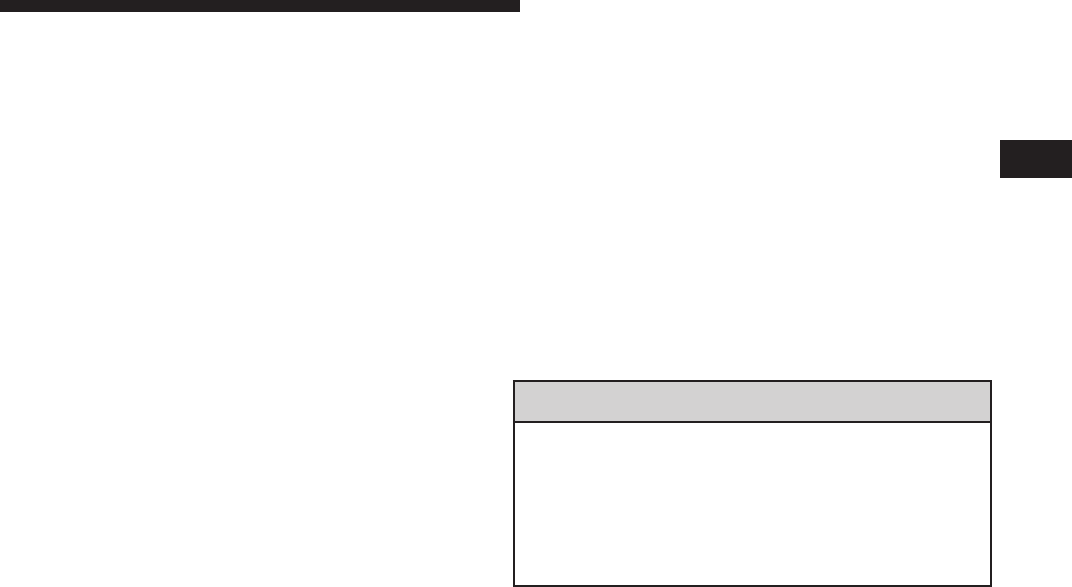 speed. To do so, push the lever up and release (RES/
ACCEL), and then remove your foot from the accelerator
pedal.
To Vary the Speed Setting:
When the speed control is set, you can increase speed by
pushing the lever up and holding (“RES/ACCEL”).
When the lever is released, a new set speed will be
established.
Pushing the lever up and releasing (“RES/ACCEL”) once
will result in a 1 mph (1.6 km/h) speed increase. Each
time the lever is pushed up and released, speed increases
so that pushing the lever up and releasing three times
will increase speed by 3 mph (4.8 km/h), etc.
To decrease speed while speed control is set, push the
lever down and hold (“SET/DECEL”). Release the lever
when the desired speed is reached, and a new set speed
will be established.
Pushing down and releasing the lever (“SET/DECEL”)
once will result in a 1 mph (1.6 km/h) speed decrease.
Each time the lever is pushed down and released, speed
decreases.
To Accelerate For Passing:
Depress the accelerator as you would normally. When the
pedal is released, the vehicle will return to the set speed.
NOTE:
The speed control system maintains speed up
and down hills. A slight speed change on moderate hills
is normal.
Four speed automatic transmissions will experience a
downshift to 3rd gear while climbing uphill or descend-
ing downhill. This downshift to 3rd gear is necessary to
maintain vehicle set speed.
On steep hills, a greater speed loss or gain may occur so
it may be preferable to drive without speed control.
WARNING!
Speed Control can be dangerous where the system
can’t maintain a constant speed. Your vehicle could
go too fast for the conditions, and you could lose
control. An accident could be the result. Don’t use
Speed Control in heavy traffic or on roads that are
winding, icy, snow-covered, or slippery.
UNDERSTANDING THE FEATURES OF YOUR VEHICLE 111
3
previous next