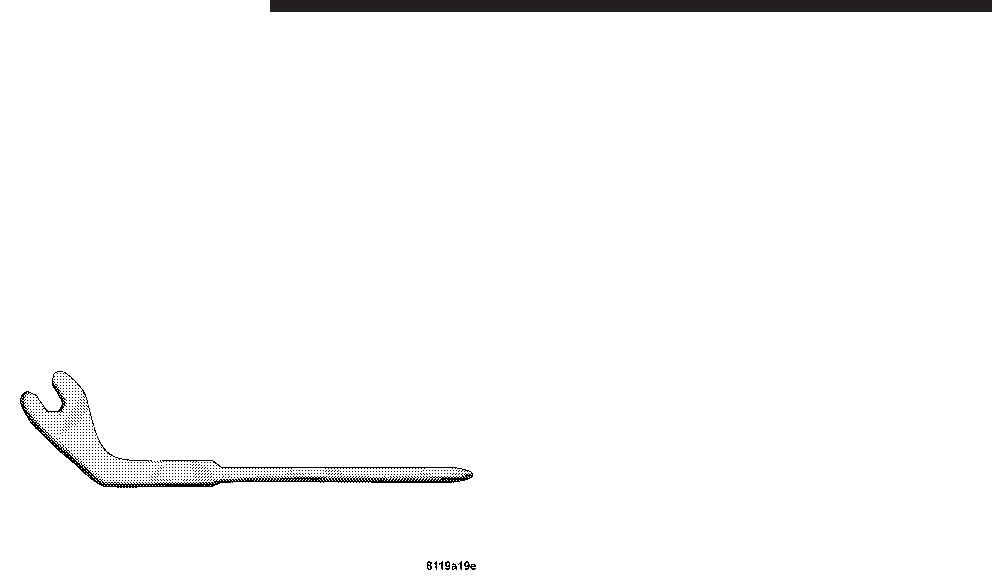 With a malfunction in the vehicle’s electrical system, the
selector lever could remain locked in the PARK position.
To unlock the selector lever manually, insert the end of
the multipurpose tool from the glove box (or ball point
pen) into the covered opening below the position “D” of
the shift pattern. While pushing the tool down, move the
selector lever out of the PARK position. After removal of
the tool from the opening, the cover will not close fully.
Only after moving the selector lever to the “D+” and
“D-” positions does the cover return to its closed posi-
tion.
Reverse
Shift into REVERSE gear only when the vehicle is com-
pletely stopped.
Dependent on the program mode selector switch position
“S” or “W,” the maximum speed in the REVERSE gear is
different. However, it is not possible to change the
program mode while in REVERSE.
Neutral
No power is transmitted from the engine to the drive
axle. When the brakes are released, the vehicle can be
moved freely (pushed or towed). Do not engage in
NEUTRAL position while driving except to coast when
the vehicle is in danger of skidding (e.g., on icy roads).
NOTE:
Coasting the vehicle, or driving for any other
reason with selector lever in NEUTRAL can result in
transmission damage that is not covered by the Limited
Warranty.
144 STARTING AND OPERATING
previous next