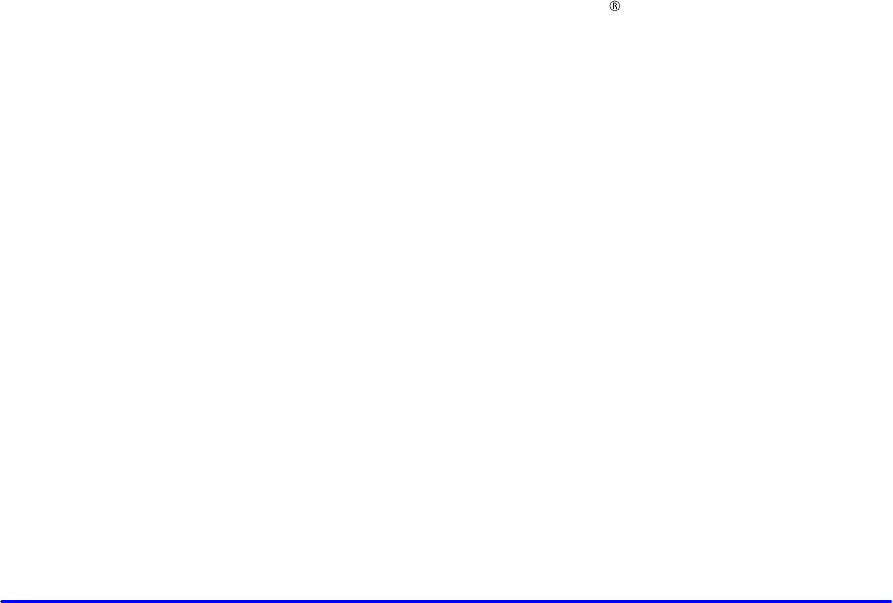 yellowblue
3-29
SOURCE: Press this button to play a CD if you have a
magazine loaded in the changer and the radio is playing.
To return to the radio while a CD is playing, press
AM
-FM. You can also press this button to switch
between a cassette tape, CD or the CD changer if all
three are loaded.
Personal Choice Radio Controls
(If Equipped)
With this feature, your vehicle will recall the latest radio
settings as adjusted the last time your vehicle was
operated. This feature allows two different drivers to
store and recall their own radio settings for AM and FM
presets, last tuned station, volume, tone and audio
source (radio, cassette or CD). The settings recalled by
the radio are determined by which transmitter (“1” or
“2”) was used to enter the vehicle. The number on the
back of the transmitter corresponds to driver 1 or to
driver 2. After the UNLOCK button is pressed on the
transmitter and the ignition is in RUN, the radio settings
will automatically adjust to where they were last set by
the identified driver. The settings can also be changed by
pressing one of the MEMORY buttons (1 or 2) located
on the driver’s door until you hear two beeps. When
changes are made, the new settings will be saved for
the driver.
Theft-Deterrent Feature
THEFTLOCK is designed to discourage theft of your
radio. It works by using a secret code to disable all radio
functions whenever battery power is removed.
If THEFTLOCK is active, the THEFTLOCK indicator
will flash when the ignition is off.
The THEFTLOCK feature for the radio may be used or
ignored. If ignored, the system plays normally and the
radio is not protected by the feature. If THEFTLOCK is
activated, your radio will not operate if stolen.
When THEFTLOCK is activated, the radio will display
LOC to indicate a locked condition anytime battery
power is removed. If your battery loses power for any
reason, you must unlock the radio with the secret code
before it will operate.
Activating the Theft
-Deterrent Feature
The instructions which follow explain how to enter your
secret code to activate the THEFTLOCK system. It is
recommended that you read through all nine steps
before starting the procedure.
previous next