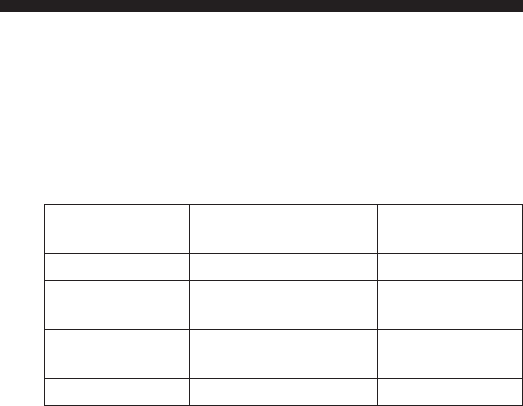 To Open/Close Power Liftgate — If Equipped
Press the LIFTGATE button twice within five seconds to
open/close the power liftgate. The liftgate will beep for 2
seconds and then open/close. If the button is pushed
while the liftgate is being power closed, the liftgate will
reverse to the full open position.
If the liftgate is locked and is not equipped with a
powered liftgate, pressing the button will result in the
liftgate becoming unlocked for 30 seconds allowing you
to manually access the liftgate area. The liftgate will
re-lock automatically within 10 seconds once the liftgate
is closed.
To Turn Off “Flash Lights On Lock/Unlock”
NOTE: If desired, the “Flash Lights On Lock/Unlock”
feature can be turned on and off by referring to the
Customer Programmable Features of the “Electronic Ve-
hicle Information Center (EVIC)” section or by following
these steps.
1. Press the LOCK button for 4 to 10 seconds.
2. While the LOCK button is pressed, (after 4 seconds)
press the UNLOCK button. Release both buttons.
The “Flash Lights On Lock/Unlock” feature can be
reactivated by repeating this procedure. The table below
explains the Lamp Flash options.
Function Which Turn Signal
Lamps
Number of
Flashes
Lock All 1
Unlock 1st
Press
Driver’s Side 2
Unlock All
Doors
All 2
Liftgate All 2
22 THINGS TO KNOW BEFORE STARTING YOUR VEHICLE
previous next